“At some point I’m going to have to pull my finger out here,” John Ellis said with a little laugh as he strode down the dirt path that crossed the ski station.  He stretched his arms out away from him like a human plane, weaving back and forth a bit on the trail as he listened to tunes. John should have been ahead of me at this stage in the race, even though we were only 15 or 20 km into the Eiger Ultra Trail. Frequently on the podium at races in Hong Kong, John was suffering from the altitude out here in the Swiss alps. But it didn’t seem to be killing his mood.

My friend Sarah Willis was nearby, trucking along at a very solid pace, focused, but also cheerful. And then there was Thomas Camenish, a Swiss runner who I’d met at a previous race, who had done the Eiger before and was happy just going at his own pace. We all kept leap-frogging with each other as we ran along, chatting occasionally as we made our way along the trail. As I paused to pull out my jacket at the top of a particularly chilly climb, another runner who recognized me from friends’ photos on social media stopped to introduce himself.

Was this a race or had I accidentally worn lycra to a casual outdoor party instead? 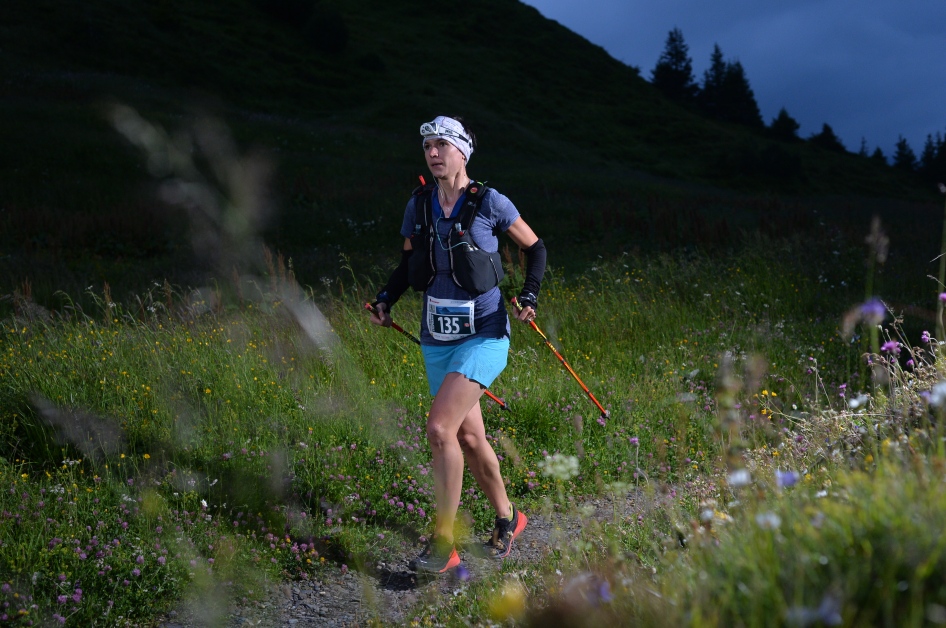 I wasn’t feeling particularly good from a physical standpoint. The Eiger Ultra Trail is a quick and competitive mountain race on the Ultra Trail World Tour, comprising of 101 km and 6700m of climbing. I was participating just three weeks after the Western States Endurance Run, and I was dead tired. I almost ducked out after 3km in a parking lot to head back to bed. But mentally, I needed those 101 km to let my brain breathe. To get rid of all of the bullshit that had been piling up over the past month or so. All of the negative things I couldn’t control in my personal life would be subsumed to a greater and more uncontrollable unknown – the journey over those 101 km.

Yes, the Eiger Ultra Trail was just what I needed. It was actually better than any party I

had been to in a long while. In the race, I could stay as short or as long as I wanted without worrying about hurting anyone’s feelings. No one cared what I was wearing, or how skinny or fat I might have looked. My job was irrelevant, as was the number in my bank account. My status as a single 35-year-old woman was not remotely worthy of note, nor did it invite intrusive questions about my plans to settle down or have children. These things were not relevant on the trail. I didn’t have to worry about bathroom lineups or acting nonchalant when I farted. I just let ‘em rip as loudly as I needed to. There was no need for pointless small talk with others. A smile and a wink to another trailer was not understood as an invitation for immediate groping, but rather taken as an expression of camaraderie. I could accept smiles and knowing looks in return without fear of leading someone on. I didn’t have to pretend that I was moving forward effortlessly – to the contrary, hard effort was rewarded and applauded. I could be openly hungry and shovel down food without having to be ladylike and dainty. No time for that.

Nope. In the race, on the trail, I was free to be me. Just me. Free from judgment, expectations, fear of failure or promise of success. I wasn’t capable of disappointing anyone or being disappointed, as I was on my own in the most positive sense of the term. I could just run as far as I liked, as fast or as slow as I chose. I ran the entire race for me. It wasn’t a particularly stellar race, but neither was it a bad one by any stretch of the imagination. It was just exactly what I needed: a blank space in which I could simply be me, however imperfect. And that was just fine. I was complete.

I ended the race in 7th place woman and finished with a big smile on my face and a sigh of relief. And then, shortly after a volunteer placed the finisher’s medal around my neck, I bent over and threw up all over it. 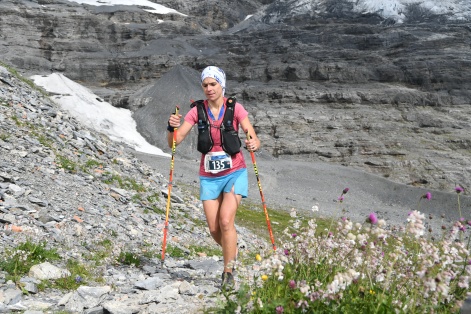 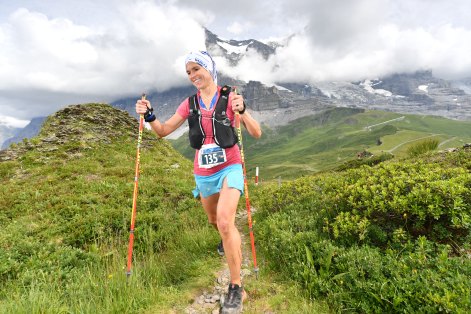