Over the past few months, I’ve been pondering the question of what it means to call oneself a “runner”. When I started training for my first marathon in 2005, I was often asked for how long I’d been a runner, to which I often responded  with laughter.  Runner?!  Me?!   Without fail, I used to answer that I wasn’t actually a “real” runner – I just played one on television. In my mind, runners were a strange breed of animal and it was not one to which I felt I belonged. Runners had their own way of dressing (all spandex, all the time), their own language (IT bands, gluteus maximus, piriformis, VMOs!) and their own social norms (talking about bodily functions was acceptable under all circumstances, as was getting into weird pseudo-sexual stretching positions with complete strangers). No, I may have been temporarily moonlighting as a runner, but there was no way I was going to call myself one.  Runners were part of this bizarre cult of uber-fit human beings and I was quite happy to stay out of it.

I honestly can’t pinpoint when this changed and when I started to self-identify as a runner. Maybe it was when I was out on a run one day, lost in thought on the trails in British Columbia, warming my face from the sunbeams poking through the tree canopy above. Or maybe it was when I completed my first ultramarathon in Vietnam and crossed the finish line puffy-eyed, sobbing, and overwhelmed with the realization that I’d found my inner warrior.  Perhaps it was when I learned whether I over-pronated or under-pronated and how that affected the rest of my body mechanics.  I’m not too sure. All I know is that being a runner is now a permanent part of my identity and that is something that won’t change whether I’m 31 or 91 years old, weighing 120 pounds or 160 pounds, racing 10 times a year or not at all.

So what is it that defines a runner? I recently started pondering this question again after watching my Dad’s experience of venturing into the running world. Dad has always been very athletic (and much more coordinated than his daughter, unfortunately for me and my scarred knees), having been a skier, sailor, water skier, and gym-goer through various stages of his life… but thanks to some old knee injuries, running never made an appearance on his sports agenda. That is, until this year. After I came back home from Afghanistan, I was blown away when Dad asked me to go on a run.  Trying not to show too much enthusiasm (you scare people away from the cult when you’re too eager), I casually agreed to join him on a 30 minute jog at the cottage. Having survived the first one, we went out on another. And then another. Could this really be happening?? I thought. My Dad is becoming a runner!!!

After my visit home, Dad started asking me for advice on running shoes. Knowing that he was still wearing the same pairs of sneakers that he bought when he was about 18 years old, I knew this was a huge move. Yes! I thought. We’ve got a new recruit!  It was hard not to hide my excitement at seeing him start to get into the sport. No, he wasn’t running marathons, but it was obvious that he was getting enjoyment out of the occasional 30 minute jog at the cottage, and it was awesome to hear about. I couldn’t have been more proud of him.

When I returned home from Hong Kong last month, sad, broken and saturated in midnight gin and tonics, the only thing that got me off the floor and out of the house was the chance to go running with Dad on his 59th birthday.  Mom and Dad were supposed to be in Bermuda on his birthday, but decided to cancel their trip in order to take care of the puddle-formerly-known-as-their-daughter. Yup, I felt horribly guilty. While I knew I wouldn’t be able to make up for a lost Bermuda trip, I thought the least I could do was introduce Dad to one of my favourite trails.

We headed out on his birthday morning to Charleston Lake Provincial Park, which is less than 10 km from the cottage. My Dad had never really run on trails before, only road, but I knew he would love it – and he did. Despite having never broken the 30 minute mark, Dad blasted through 60 minutes of serious trail running without a single complaint. In fact, all I saw was a giant smile when I looked back to see him dancing over tree roots and shuffling through fallen maple leaves. It was awesome. 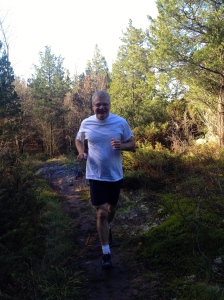 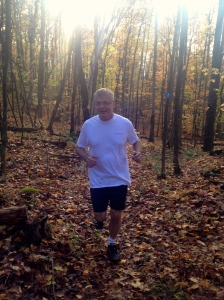 Dad commented to me at some point how strange it was that the neighbours had started referring to him as a “runner”. He laughed and said no, he may run sometimes, but he certainly wouldn’t consider himself a runner.  I smiled inwardly, thinking of how much he sounded like me a few years ago…

So what does it mean to be a runner? The dictionary will  tell you, rather unhelpfully, that a runner is someone who runs. I think that is the worst definition possible. If I stop running because I’m injured, do I cease to be a runner? Certainly not. When I ran six days a week training for a marathon and hated every minute of it, was I a runner? No.

I’ve spent a bit of time thinking about this, and here’s what I’ve come up with…

Being a runner is not about:

But being a runner is about:

When I asked my Dad if I could mention him in this post about “what it means to be a runner”, he agreed on the condition that I didn’t put him in the “runner” category… But I have to say, sorry Dad, I think you’re one of us. I saw the look on your face on your birthday, and it screamed runner in neon lights 🙂

I don’t always love running. I don’t always want to go running. There is this strange misconception that runners crave it 24/7… and it really isn’t true. Everyone has lazy days, down days, and hard days. But if you ever get that little fire inside of you that makes you want to get outside and allow your feet to propel you forward, I say that puts you into dangerous ‘runner’ territory.  The only thing that stopped me from calling myself a “runner” in the past was the thought that I would then be judged as a runner, which I clearly didn’t feel I lived up to… but I say, who cares. I can be a bad runner or a good runner, but the only thing that determines whether I define myself as one is whether I get something out of it… and my god, do I ever. 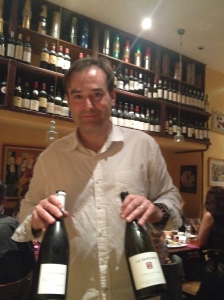 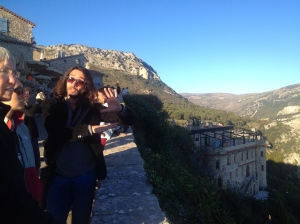 My four weeks in France come to an end tomorrow. It is hard to believe. These french lessons have been incredible for my mind and soul, and I’m so grateful for the opportunity to have come here.  I’ve always wanted to get my french back, and while I can’t claim to be bilingual yet, I’m certainly on my way to keeping French Stephanie as a part of my permanent identity too!! Thank you for my wonderful visitors from England, Dubai and Switzerland, and to my fabulous new French-American friend for life. What an incredible month. Off to London to reconnect with friends and then Norway this weekend for my next course in protection work… Until then – a bientot!!

13 comments on “Defining what it means to be a “Runner””